We have debated for a long time about what kind of secondary transportation we would like. We decided early on that we did not want to tow our Jeep Wrangler behind us as we felt that the addition of a towed vehicle would really negatively influence our overall traveling enjoyment. That being said, we have always felt that having a secondary means of transportation was really important in the event of mechanical issues or even just the day to day benefit of being able to leave without having to break down camp just to run into “town” for groceries, sight-seeing, or to go on a nearby hike.

We spent a lot of time researching full size motorcycles like the Suzuki 200 and thinking about how we might take one with us on the truck. As you may have noted, the back of our truck is pretty well taken up by the large 365/80R20 spare tire, ladder, and sand ladders. We are also very conscious of the weight distribution of the vehicle, and we don’t want to overload the rear axle with the addition of a motorcycle supported on the rear hitch. We seriously considered mounting a motorcycle to the front hitch, but as we already have a large winch in the middle of the front bumper, the setup started looking pretty unrealistic when we got into the details.

In an attempt to lighten the load, we also considered older Honda Trail 70 and Trail 90 motorbikes. These classic smaller motorbikes were tempting, but were too small for 2 people and weren’t small enough to have 2 bikes on our truck. 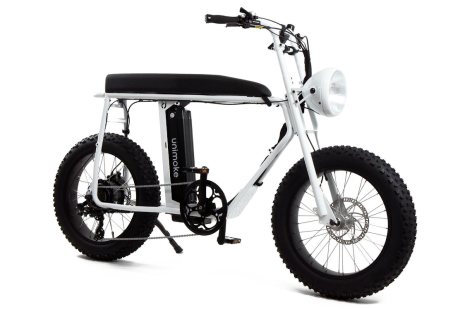 We also considered electric assist bicycles, like the Unimoke, Super 73, or Buzzraw, as they are smaller than a gas powered motorbike and potentially give extended range when compared to a standard bicycle. They are very cool options and we were really tempted, but in the end, we decided that we didn’t want to deal with the added complexity of charging them. They may not do as well being stored outside and had similar storage / mounting issues to a gas powered motorbike. Realistically, they were probably too small for the 2 of us to comfortably ride any distance.

We circled back around to just wanting bicycles. We have been mountain bike people for years, but didn’t really like the idea of storing mountain bikes on the dusty, rear side of the truck. Having 2 size mountain bikes on the front of the truck just seemed like a claptrap we didn’t want to deal with. We opted to look into folding bikes that will be stored on our roof rack above the cab. Hopefully the roof rack will give them a bit of a cleaner environment that is out of harms way and potentially a little more theft resistant.

We considered many brands and asked for advice from a lot of acquaintances that use folding bikes. We looked at Brompton, Dahon, and other Dahon knock-offs. We went and test rode several Dahon folding bikes and liked them quite a bit, but we felt that the cables of the multi-speed Dahon were very fiddly when folded and susceptible to being caught when we placed the bikes up on the roof rack. Having multiple speeds is without a doubt a huge performance benefit, but it comes with a little bit of complexity with a folding bike. Through this whole process, we were focused on simple, robust solutions.

We decided to go with very simple single speed Dahon Uno. They are small, light, and should handle being stored on the roof rack in the elements. They are certainly not as high performance as all of the above options, but they should hopefully meet our basic needs in a simple and reliable way. 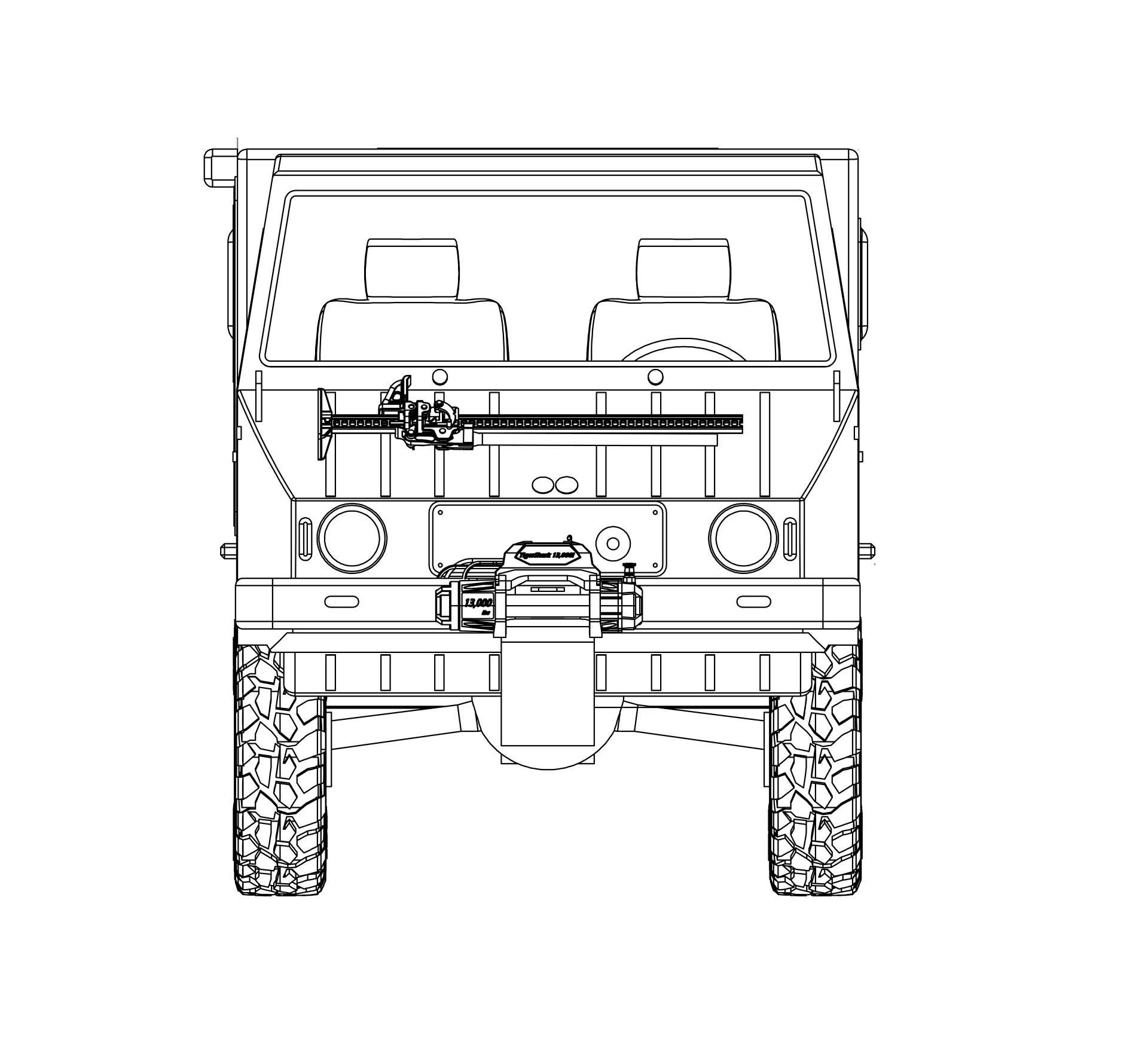 I’ve been working super hard to clean up the orchard. This avocado tree was crowded by a row of palms that I thinned this weekend and was completely inundated by a lilikoi vine. It’s in much better shape now and has lots of little avocados on it, so hopefully we get a good crop this fall.
This was a great rainbow that showed up as I was out working in the orchard.
Our fresh orange juice is tart and tasty! It's always nice to get something from your yard that you normally get from the grocery store.
We made some great tangerine and orange juice today. Hopefully in the future we can juice a lot of the citrus and freeze it for the rest of the year.
These are just a drop in the bucket... there is no way we could eat all the ripe citrus right now.
There is a lot of ripe citrus in our orchard right now: tangerines, oranges, and lemons.
The fun of having a fixer upper house includes wearing lots of PPE to clean out gross spaces.
It's been fun harvesting food from around our property. Hopefully there will be a lot more of that in the future.
We are enjoying the change of climate here. The sky is so blue, especially after the ash filled skies of last summer in California. It rains a lot, but when it's not raining, it's really beautiful (and the rain makes everything so green).
Loading Comments...
Comment
×
<span>%d</span> bloggers like this: